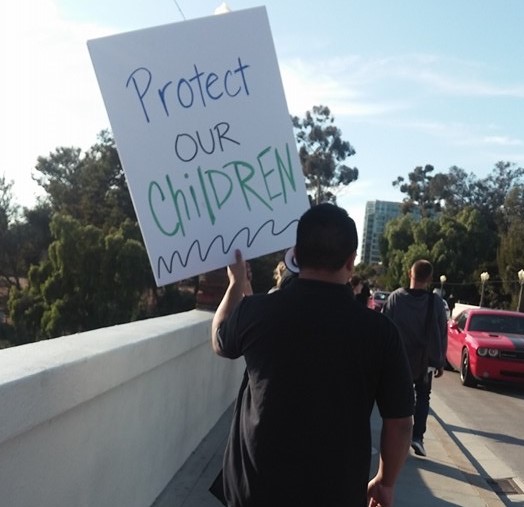 The initiative dubbed Operation Century Week was carried out in Encinitas, National City, San Diego, Santee and other local areas between last Tuesday and Friday, according to California Attorney General Rob Bonta’s office.

Undercover law enforcement officers posed in online advertisements as people offering sex for sale. Those who responded to the ads agreed to meet up at certain predetermined locations, where they were arrested for alleged solicitation.

“Tackling human trafficking in our state takes cooperation and a multi-pronged approach,” Bonta said in a statement. “Demand-reduction operations like `Century Week’ are one part of the solution. I’m grateful to all of our partners on the San Diego Human Trafficking Task Force for their ongoing efforts to protect the safety and well-being of all Californians.”

San Diego County District Attorney Summer Stephan said, “Sex trafficking is a lucrative industry fueled by demand, and it generates over $810 million a year in San Diego County. We are fighting this with the dedicated work of the San Diego Regional Human Trafficking Task Force and its efforts in this operation to hold sex buyers accountable. We will not tolerate this modern-day slavery of vulnerable children and young adults being bought and sold like a piece of pizza. Human beings are not for sale.”

More than 1,300 human trafficking cases were reported in 2020 in California, more than any other state, according to the National Human Trafficking Hotline. The California Attorney General’s Office statement on Operation Century Week states that human trafficking is prevalent in the hospitality, commercial sex, domestic work and construction industries, and victims of human trafficking are also found among migrant and seasonal agricultural workers, providers of residential care and in California’s garment sector.

San Diego City Attorney Mara Elliott said, “Sex trafficking is a lucrative industry that has infiltrated our schools, our businesses and our neighborhoods. It victimizes those who are most vulnerable and destroys lives.”

By: Admin 3 weeks ago

By: Admin 9 months ago

By: Admin 9 months ago